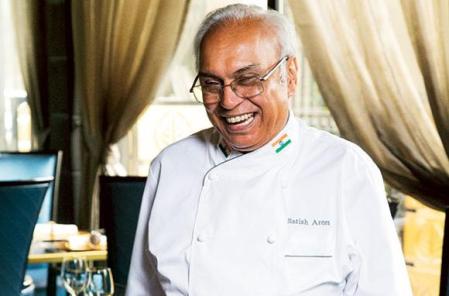 END_OF_DOCUMENT_TOKEN_TO_BE_REPLACED

Anyone who has ever had the pleasure of dining at Tresind (located in Nassima Royal Hotel – Sheikh Zayed Road, Dubai), will tell you about their magical cocktails. The drinks at Tresind oftentimes steal the spotlight from the restaurant’s phenomenal dishes. Clever concoctions featuring unexpected blends and the theatricals of molecular gastronomy thrown in, each drink is a unique masterpiece and presented with the exceptionally suave, jaw-dropping pizzazz we have come to expect a la Tresind.

Today I am introducing you to the man behind the magic; Tresind’s very own maestro mixologist, Beverage Manager Sherine John himself. A graduate in Hotel Management from India, John always had a special interest in cocktails and self-taught his way into Tresind cocktail fame.

END_OF_DOCUMENT_TOKEN_TO_BE_REPLACED

Dubai food enthusiasts have something very exciting to look forward to this weekend. Dubai’s first ever BBC Good Food Show is scheduled to be held from this Thursday 17th to Saturday 19th December at the Dubai World Trade Center, and this weekend-long 3 day event promises to become an annual foodie event we will be marking in our calendars for years to come!

I had the pleasure of being invited to an exclusive press lunch at 3 in 1 restaurant in Vida Downtown Dubai last week, and got a sneak peak into the food-filled lineup featuring six well-known celebrity chefs.

END_OF_DOCUMENT_TOKEN_TO_BE_REPLACED

I met the absolutely delightful Melanie Smith, Global Pastry Chef at FFI (Food Fund International) at the Pink Truffle Making Class at The Meat Co (read all about it here). 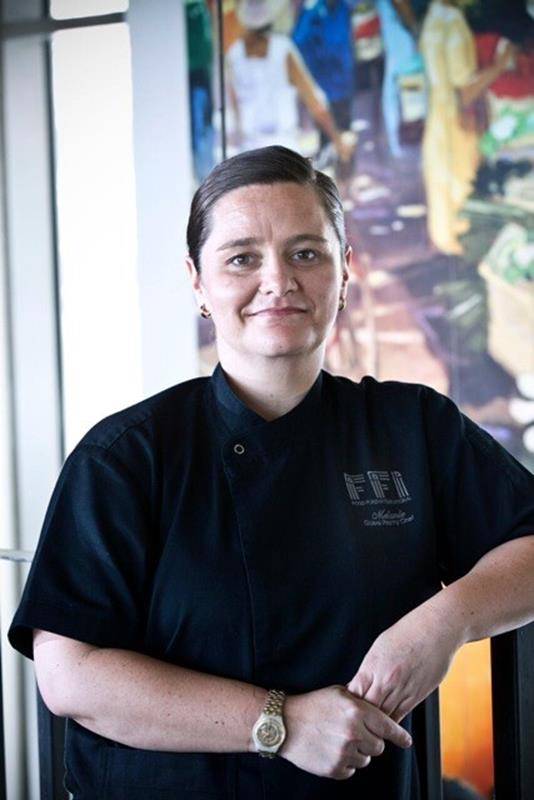 Chef Melanie arguably has the sweetest job in the world! As the Global Pastry Chef for all the restaurant brands under the FFI umbrella, Melanie has a tightly packed schedule involving travelling countries and cooking up dessert masterpieces with her team.

Read on about Chef Melanie’s enviably sweet journey (and she has even shared a very special recipe for Mulled Wine with us for Christmas!).

END_OF_DOCUMENT_TOKEN_TO_BE_REPLACED

The JAS Hospitality group, known for its ‘out of the norm’, edgy and innovative food concepts including Qbara Restaurant Lounge & Bar and Fümé (at Pier 7 and Manzil Downtown Dubai), has recently appointed Chef Emiliano Bernasconi as their Group Director of Culinary. 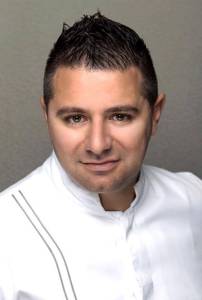 Italian born Chef Emiliano Bernasconi has an impressive track record in the world of fine dining, having worked with big names including Heston Blumenthal, Alain Ducasse, Armani Hotel as well as catering to the Arsenal and Chelsea football teams.

Warm, suave and ever so friendly, Chef Emiliano has a candid chat with The Tezzy Files on his food journey so far, and his aspirations with Jas Hospitality.

END_OF_DOCUMENT_TOKEN_TO_BE_REPLACED

Although he is a qualified engineer, Chef Richard followed his parents’ footsteps and entered the famous Filipino kitchens of Max’s Restaurant.

Richard or Chai, to his friends, has a Bachelor of Science degree specializing in Civil Engineering. He is a graduate of the Technological Institute in the Philippines. 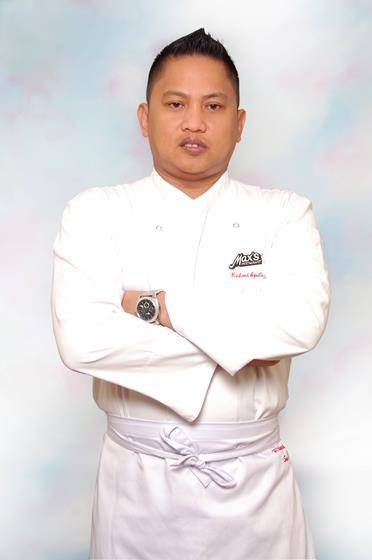 Combining a love for cooking with the practicality of science, Chai’s career has seen him win a number of accolades across his decade-long career with Max’s restaurant including a special award for food safety. However, his greatest moment of pride was when his dish won over the finickiest of critics; his 6 year-old daughter!

When Max’s was brought to the UAE, Chai was chosen to help the team in maintaining the high quality standards of the food. For him, bringing Max’s to UAE was like planting the Philippine flag in the UAE culinary map. Chai believes that Max’s UAE has brought Filipinos closer to home.

END_OF_DOCUMENT_TOKEN_TO_BE_REPLACED

I had the pleasure of having a chat with Michelin star Chef Frederic Vardon.

Raised on a farm in suburban France, Frederic was exposed to the freshest of ingredients at a tender age and there stemmed his love for the kitchen.

His humble upbringing did not deter him from being awarded a Michelin star for his signature restaurant in France, Le 39V.

Humble as he is talented, Chef Vardon does not consider this award a game changer as he continues to insist on the power of hard work and perseverance.

END_OF_DOCUMENT_TOKEN_TO_BE_REPLACED

Chef Osama El-Sayed needs no introduction in the Arab world. With over a million fans across seven continents, Chef Osama’s television shows have been educating the audience with a vast array of cooking styles that have kept in mind the simplicity levels required home cooking.

“Ma Osama Atyab” (It’s More Delicious with Osama) is a daily show on Dubai TV. Chef Osama has also published a number of cook books, and has regular columns in a number of prestigious publications.

Chef Osama has recently been appointed the brand ambassador for the DeLonghi Multifry. Being an advocate in the field of cooking, Chef Osama loves the versatility of this product and believes it should be renamed the ‘multi cooker’.

It’s been an honor interviewing this culinary genius. Read on for more about Chef Osama. He’s also been kind enough to share a recipe for Moroccan Hareera Soup with us!

END_OF_DOCUMENT_TOKEN_TO_BE_REPLACED

Remember my gastronomic meal at Zafran? We had a sampler dish from every corner of India!

Meet Chef Gaurav, the mastermind behind the delicious fare.

With an impressive culinary career including cooking for the Ambani’s, Chef Gaurav gets candid about his journey as a chef so far and has generously shared the recipe for one of my favorite dishes at Zafran: the Bengali inspired Prawn Coconut Curry. This mildly spiced curry is a perfect addition to the Iftar table.

END_OF_DOCUMENT_TOKEN_TO_BE_REPLACED

Chef Glady, Executive Head Chef at Per Te Italian Restaurant Dubai, has quite a few tricks up his sleeves! If you liked his risotto recipe that I posted here earlier, the picture below will surely make you drool: 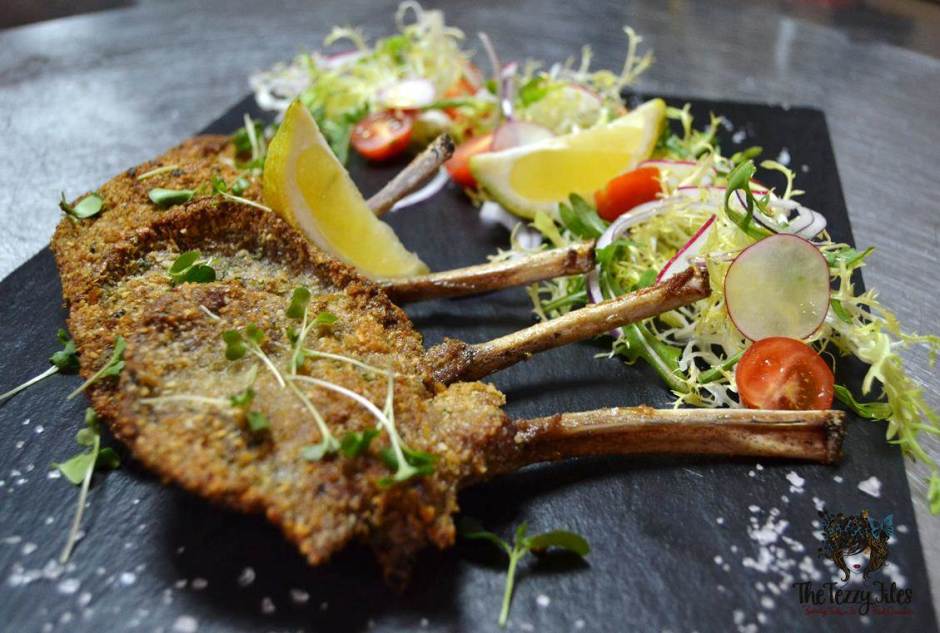 This is Chef Glady’s take on Costa di mandorle costolette di agnello (or Almond Crusted Lamb Chops for those not blessed with an Italian tongue!).

It is a surprisingly easy recipe given how good it looks and tastes. If you are just starting your journey into Italian cooking, this dish is guaranteed to get you praises in no time. Read on for the recipe.