We are living through unprecedented times. The future seems bleak, the self-isolation and loneliness is taking many to the brink of insanity. Yet, like all seemingly desolate situations in life, this quiet time of slowing down and taking note of our endless blessings comes with a silver lining.

END_OF_DOCUMENT_TOKEN_TO_BE_REPLACED

Another year, another birthday! This year marks a milestone birthday. I have now joined the league of people who cringe at the thought of adding another digit to their stats, yet I feel abundantly blessed to have got here.

I have so many fond memories to look back at in wonder. I’ve managed to jump so many hurdles and accomplish far more than I thought possible. I am healthy and self-sufficient, and surrounded by beautiful loving people. The older (somewhat) wiser me decided to pen together an entire list of life tips, more for my self-reference than anything. Hope you enjoy this!

END_OF_DOCUMENT_TOKEN_TO_BE_REPLACED

Have you heard about the Imposter Syndrome? It’s become an epidemic. It’s that little gremlin sitting on your shoulder making you doubt all the accomplishments you’ve worked so very hard to achieve. You start doubting yourself. When you hear the applauds you stiffen up thinking this isn’t for you. You start believing you are a fake, you start believing you are an imposter .

END_OF_DOCUMENT_TOKEN_TO_BE_REPLACED

It’s my Birthday! So I decided to do a ’10 Things You (Probably) Didn’t Know About Tezzy’ post. Hope you find it entertaining 😁 . 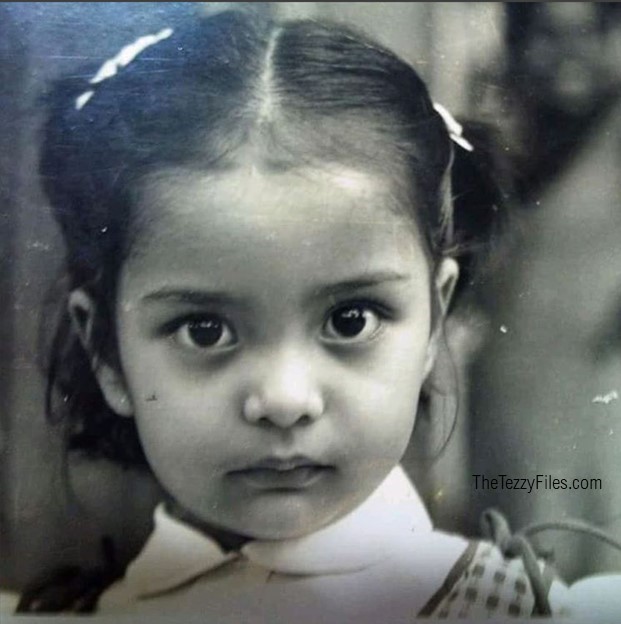 END_OF_DOCUMENT_TOKEN_TO_BE_REPLACED

Rongali Bihu will be celebrated the world over by the Assamese community on Sunday 15th April. Rongali Bihu is one of three major cultural festivals from Assam, the North Eastern state of India from where my family originates. This festival marks the beginning of spring and celebrates the harvest season with a wide range of festive treats including Til’or Pitha and Narikol’or Laru (do try out the recipes for these by clicking here).

But today’s post is not going into depth about Bihu. Proudly Assamese, I wanted to take advantage of this upcoming special occasion and share a beautiful piece of Assamese folklore with you. Every culture has treasured ‘hand me down’ fairytales that have been whispered down generations, and the Cinderella-style struggle story that has a prominent part in Assamese story-telling is that of Tejimola.

END_OF_DOCUMENT_TOKEN_TO_BE_REPLACED

Happy 2018! Here’s hoping this year turns out to be the best ever for the world over.

Have you kept any New Year’s Resolutions? A while ago, my resolution was to never keep a resolution again! This mainly stems from the fact that my past promises lay on the premise of exceptionally unrealistic fitness goals and super-speedy weight-loss.

Let’s face it, I’ve come to own my chubbiness and will leave my gymming inhibitions for another post. Come 2018, I’ve kept not one but a total of 4 New Year’s resolutions and I promise none of these have even the slightest inkling about weight-loss… or world peace.

END_OF_DOCUMENT_TOKEN_TO_BE_REPLACED

Are Selfies fun or narcissistic? Arguably the backbone of social media as we know it, selfies are no passing phase and here to stay. Despite its popularity, selfies also get a whole load of slack.

END_OF_DOCUMENT_TOKEN_TO_BE_REPLACED

When Bollywood blockbuster ‘Airlift‘ released in late January this year, it brought back bittersweet memories of the Gulf War. My family and I were in Kuwait during the summer of 1990, and through the innocent eyes of adolescence, I can still vividly remember all that unfolded.

Airlift is an action-packed Bollywood movie that is based on the real-life bravery of an Indian businessman. Mathunny Mathews is credited for being one of the people responsible for fixing a deal with the Indian government and safely airlifting over 170,000 Indians back to India from Iraq-invaded Kuwait. Till this movie came out, I had never heard of Mr. Mathews, and if he ever reads this, I would like to say we are eternally grateful to him as my family and I were one of the many families who’s lives he managed to save.

However, our story in Iraq-invaded Kuwait was rather different from what was portrayed in the movie, and given today is August 2nd, the 26th anniversary of the Iraqi invasion, I wanted to share some of my personal memoirs from the Gulf War with you.

END_OF_DOCUMENT_TOKEN_TO_BE_REPLACED

My father in-law has a very endearing caretaker who originates from the Garo Hills. Swing is a short, middle-aged man with a rather muscular stature and a deep, dark chocolate-brown complexion, and has been a part of this family ever since I married into it. Yes, his name is Swing! Given his fondness for the bottle and a very jovial disposition, this name seems pretty apt for him. Sparse teethed yet ever-smiling, Swing has formed a special friendship with my daughter who he last saw as a 2 year-old. My daughter does not speak any Indian regional languages, and Swing has very limited use of the English tongue. Yet the other afternoon, I saw him sitting there trying to tell her a story in colloquial Hindi.

Always keen on hearing some regional-style storytelling myself, I sat down to listen and offered to be the translator between the two. Swing narrated the story of Gangbo Raja, a folktale that has been passed down generations in the Garo Hills.

END_OF_DOCUMENT_TOKEN_TO_BE_REPLACED

Last Friday we bid a teary farewell to my beloved father. No one ever told me how painful it would be to lose a parent. I feel like my heart has been ripped out raw from my rib-cage.

When he was diagnosed with lymphoma nearly two years ago, I had no idea what that meant. A Google search linked it to the dreaded ‘C’ word. Lymphoma is a form of cancer that progressively takes over the lymph system, and brings immunity to a faltering halt.

A father is every girl’s very first hero, and mine was a true warrior. He battled with the cancer with unfailing optimism, and even in the dreariest of days, his faith in the Almighty remained rock-solid.